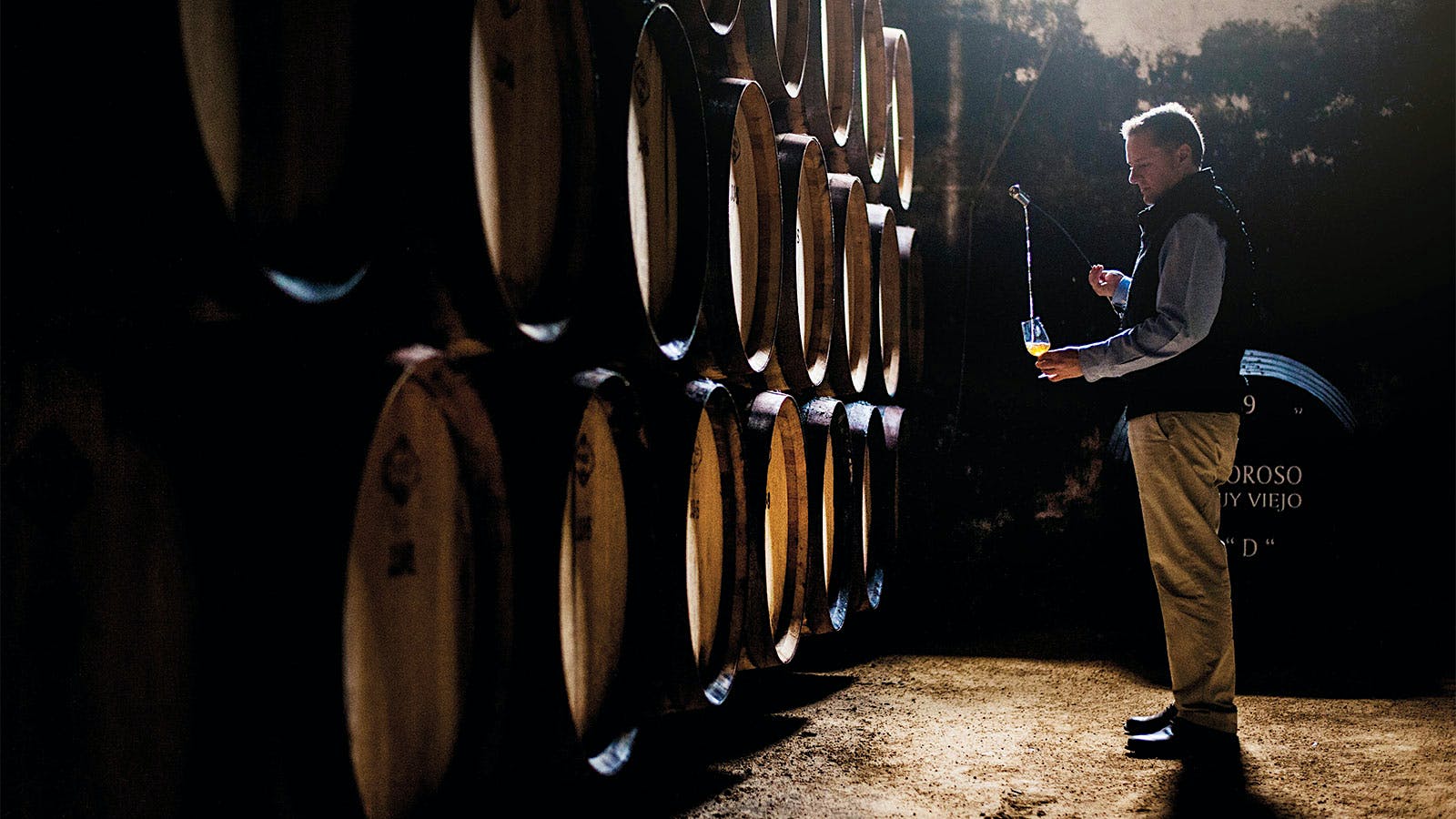 Coronary artery disease, the most common form of heart disease, is caused by the buildup of cholesterol deposits in artery walls, a process known as atherosclerosis. It can potentially lead to heart attacks and strokes. But a recent study from the University of Barcelona found that moderate consumption of Sherry was linked to reduced blood pressure and restoration of artery function.

Scientists have long debated whether wine offers greater benefits than other alcoholic beverages. Do the polyphenolic compounds in wine offer special benefits? Or is it just the ethanol?

White wine’s health benefits have often been overshadowed by those of red wine, due to the latter’s higher contents of resveratrol and other polyphenols. But this study, published in Clinical Nutrition, found that the polyphenols in Sherry, a fortified wine made from white grapes and aged for at least three years, contributed to cardiovascular health.

The Barcelona researchers conducted a controlled, randomized study of 38 male volunteers from a local primary care center, ages 55 to 80. All participants were moderate alcohol drinkers and had three or more of the following risk factors: active smoker, hypertension, high low-density lipoprotein cholesterol (LDL), low high-density lipoprotein cholesterol (HDL), obesity and/or a family history of cardiovascular disease. Of the total participants, 92 percent were categorized as obese, 71 percent as having hypertension, 23 percent as having type-2 diabetes and 13 percent as being smokers.

Want to learn more about how wine can be part of a healthy lifestyle? Sign up for Wine Spectator‘s free Wine & Healthy Living e-mail newsletter and get the latest health news, feel-good recipes, wellness tips and more delivered straight to your inbox every other week!

The volunteers were randomly divided into two different intervention groups. Both groups received 30 grams of ethanol (roughly equivalent to two glasses of wine) per day, in the form of either Sherry or gin for three weeks, followed by a two-week period where volunteers were asked not to consume alcohol. Researchers also monitored diet via food records and weekly phone calls.

The results were measured in multiple ways. Before and after the three-week drinking and two-week washout period, a nurse measured blood pressure and took blood and urine samples to determine the effects of alcohol intake. The researchers were looking in the blood for the expression of endothelial progenitor cells (EPCs), which act as a defense mechanism by attaching to damaged artery walls and repairing and restoring their function. Total wine consumption was measured through tartaric acid concentrations found in the urine samples.

“Since there were no changes in dietary intake of other antioxidants or after gin intervention, the main anti-inflammatory effects observed in this study can be attributed mainly to polyphenols in aged white wine,” wrote lead author Dr. Ramón Estruch, of the university’s Department of Internal Medicine. “These findings, together with our results, strongly suggest that the polyphenol fraction or other minor components of wine may be responsible for down-regulating inflammation.”

One of the biggest limitations to this study is its small sample size, but Dr. Estruch says that his results concur with previous studies with similar methods and sample sizes. The three-week intervention period makes it difficult to apply these positive effects to long-term moderate wine consumption. Lastly, Dr. Estruch cautions against applying these results to other populations due to the specific nature of the study’s participants. But it does add impetus to future studies.