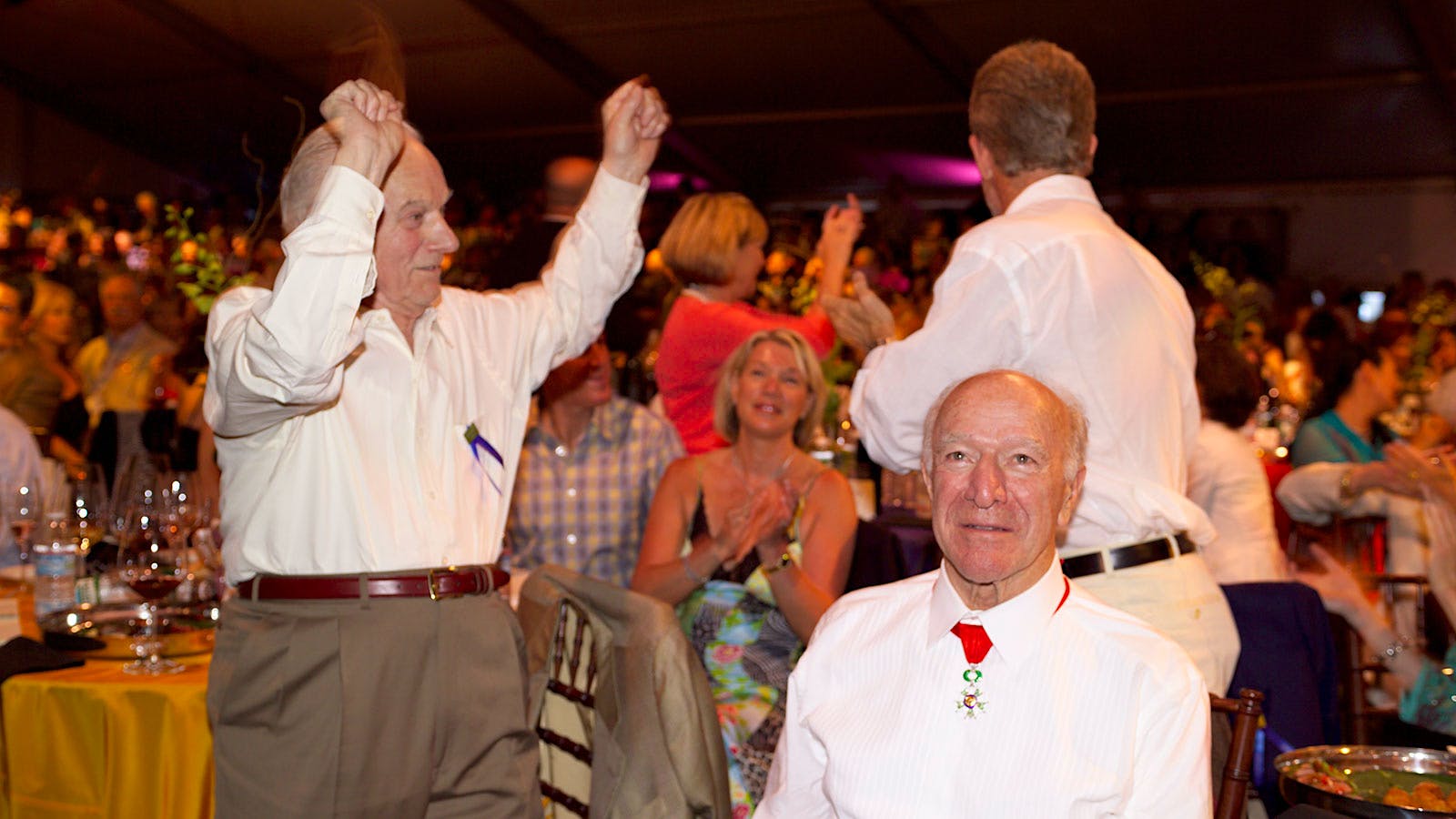 Auction Napa Valley, which for nearly 40 years featured auctioneers paddling down lots of high-priced wines under the big white tent at Meadowood Resort, will not be returning in its traditional form when it resumes following the pandemic.

Last week the board of directors of the Napa Valley Vintners (NVV) trade association, which oversees the auction, announced that the 2021 event was canceled amid the COVID-19 pandemic (the 2020 auction, scheduled for the first week of June, was also canceled for the same reason). Instead, they will spend the next year thinking up a new format for what had once been the nation’s premier charity wine auction.

“We have talked about changing the format of Auction Napa Valley for several years now. The cancellation due to COVID provided the opportunity to act on this,” said Teresa Wall, press spokesperson for the NVV. “We’ll begin brainstorming with our vintner community in December and are asking for everyone to bring new, innovative, shoot-for-the-stars ideas to the table. We’re excited about what’s next even if we don’t know what that is yet.”

NVV chairman Robin Baggett told Wine Spectator that the shift had been in the works for some time. “I don’t think there was really a tipping point,” she said. “As we [realized] COVID wasn’t going anywhere anytime soon, we had to make a call. It was hardly a discussion; it was a fait accompli. We had 40 years and a lot of success. We’ve been thinking of doing something new, and this will give us time to do it.”

Since the first auction was held in 1981, Auction Napa Valley has raised more than $200 million for a variety of Napa Valley charities, most notably to support community health services. Funding will continue in 2021 without an auction, with money drawn from reserves, according to Wall. “In October 2020 we announced $8.3 million in giving, which was equal to last year. In 2021, we will still give a significant amount, but it is likely to be tapered from this year as we are pulling from reserve funds. No amount has been set, and we remain committed to caring for our community,” Wall said.

She added that the extensive destruction caused by fall wildfires at Meadowood Resort was not a factor in canceling the 2021 event. “Our board had decided upon this prior to the start of the Glass fire,” which severely damaged the resort in late September, Wall explained.

Want to get the latest news on collectible wines and the auction market? Sign up for Wine Spectator‘s free Collecting e-mail newsletter and get a new top-rated wine review, collecting Q&As and more, delivered straight to your inbox every other week!

Beth Novak Milliken, the CEO of Spottswoode winery in St. Helena and secretary/treasurer of the NVV board, said the cancellation of the auction this year and in 2021 allowed the time for a rethinking of what it should be in the years ahead. “There have been thoughts around making changes to our auction for a number of years, so as to make it more accessible to more of our members who might wish to participate, and to make sure it remains fresh, interesting, relevant and sustainable,” Milliken said.

“Sustainability is important. We set the tone 40 years ago when this auction was launched, and our success spawned many other amazing charity events around the country. We now look to lead again, by arriving at a new model that will ideally set the tone for the foreseeable future,” she added.

Milliken, who co-chaired the auction in 2010 with her late mother Mary Novak, reflected on the history of the auction and the many vintners and celebrities that have made appearances.

“Robert Mondavi’s vest was always great,” she said of the famed vintner, who was instrumental in organizing the first action. He was known for his over-the-top wine-related attire while attending the event, including a cork jacket. “And then there was [vintner] Koerner Rombauer draped in American flags. My favorite entertainers were Lyle Lovett [in 2002] and when Jay Leno came [in 2005]—he was quite humorous that day,” Milliken said. “It’s been an amazing run and there are a lot of great memories.”

In Burgundy, another landmark charity event was canceled at the last moment. The 160th Hospices de Beaune wine sale, a historic auction of barrels of the latest vintage, was postponed, organizers announced the day of the event, Nov. 15. They had planned to allow trade buyers into the event and allow all others to bid online. Instead, the sale will be rescheduled. COVID cases have surged across Europe in recent weeks, leading to new restrictions in France.

“The 160th Hospices de Beaune wine sale will be organized as soon as possible,” read a statement issued by the trustees of the Hospices, “taking into account all the comments and contributions to further improve the conditions and its smooth running. Our history is marked by much more difficult trials and we have always overcome them with the help of our faithful and loyal supporters: They are thanked.”

—with reporting by MaryAnn Worobiec