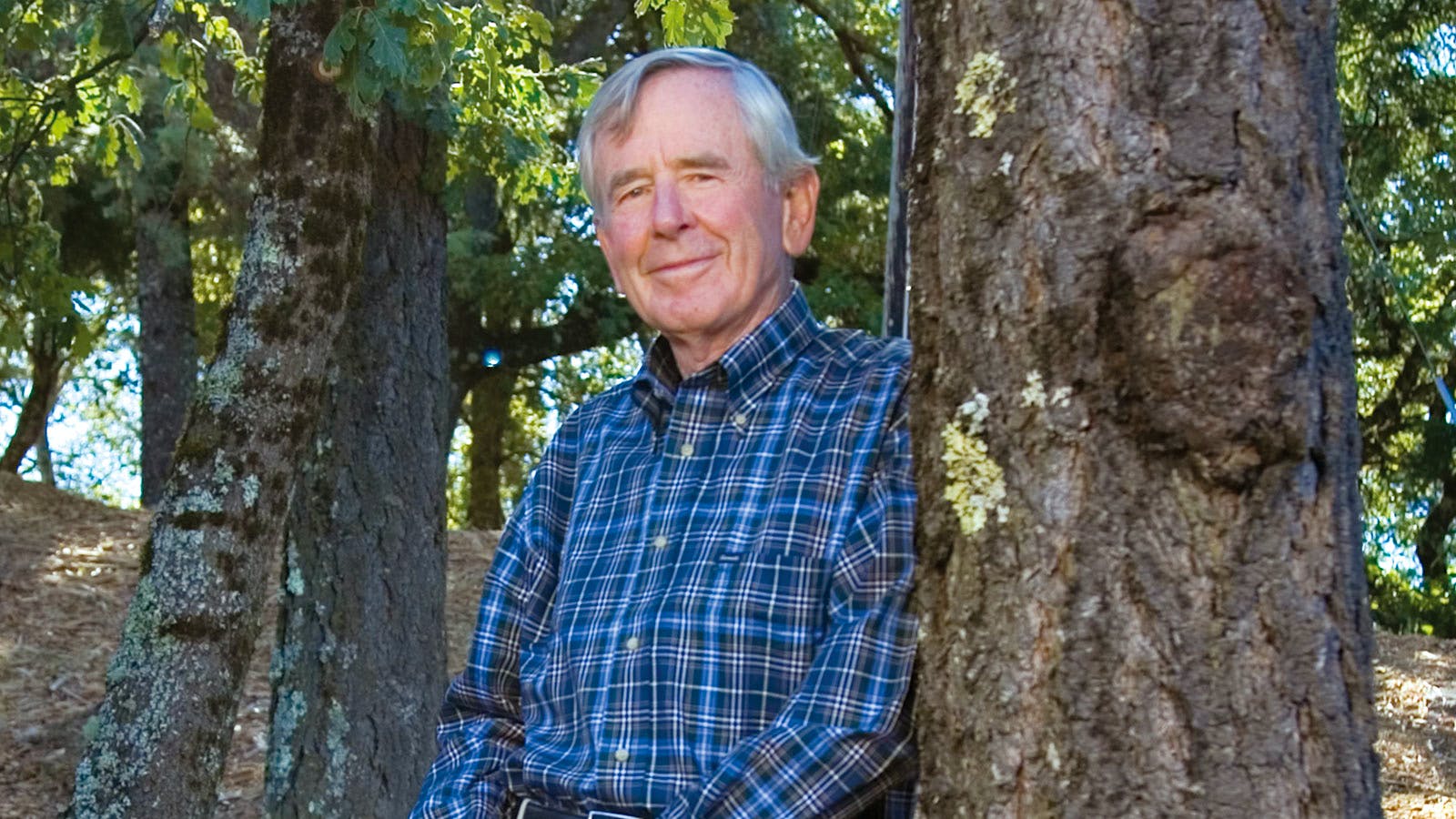 David Bruce, a pioneer in winemaking in the Santa Cruz Mountains and an early advocate of California Pinot Noir, died April 28. He was 89.

“He was a trailblazer in the Santa Cruz Mountains,” said Jeffrey Patterson, owner and winemaker of Mount Eden Vineyards. “He was an unabashed Burgundy man, and he planted one of the first post–Martin Ray Pinot vineyards here in the mountains.” Martin Ray, who founded what is now Mount Eden Vineyards, was planting Pinot Noir there as early as 1943.

Born in San Francisco in 1931 and raised in a teetotaling family, Bruce discovered wine while studying medicine at Stanford, when he tasted a bottle of Domaine de la Romanée-Conti Richebourg 1954. He said it changed his life. He graduated in 1956 with a dermatology degree and an obsession with Burgundy.

Bruce began making wine at home from purchased grapes, but in 1961 he bought 45 acres of land at 2,100 feet elevation. He cleared much of the land himself and planted the first 24 acres of vines on steep hillsides, eventually adding a winery and home as well. Pinot Noir and Chardonnay were the focus—Bruce planted a little Cabernet Sauvignon but abandoned the idea soon afterward. “It came out rather green,” he recalled in a 2007 interview with Wine Spectator. “Early on, I told a lot of people in Santa Cruz to plant Pinot, and many of them didn’t listen to me.”

The winery’s reputation grew and caught the eye of Steven Spurrier, who included a 1973 David Bruce Chardonnay in the 1976 Judgment of Paris tasting. Bruce’s dermatology practice supported the winery for many vintages, but Bruce retired from medicine in 1985. Still, he never lost his professorial air, always speaking with the careful precision of a doctor.

“I had two full-time jobs for 25 years, which helped the winery early on,” Bruce recalled in the 2007 interview. “But it wasn’t very good on my first marriage, spending all my weekends at the winery. But if you have the passion, what are you going to do?”

Bruce is survived by his wife of 37 years, Jeannette, four sons and several grandchildren. The family says David Bruce Winery will continue under Jeannette’s leadership.